20 Ways Teenagers Are Getting High At Home Legally

Most parents worry about their children getting involved with drugs and alcohol at their school. They fear their beloved kids could get involved with the wrong crowd and find themselves dabbling in hard street drugs. Of course, this is a well-known threat. But school isn’t the only place parents should worry about: household highs are a real thing, and a growing problem.

More studies are showing that teenagers are searching through their homes, local grocery stores, pharmacies, online marketplaces, and everyday hot spots to find obscure ways to get high. Let’s go over 20 ways that teenagers have discovered how to get high at home so you can be aware if your teen is abusing these common household substances.

Different Ways to “Legally” Get High

While it’s not legal to misuse these substances, it’s technically legal for kids to get their hands on most of these items. They don’t have to buy the alcohol in your cabinet. Other items are accessible because they can be legally purchased. Some substances commonly used to get “legally” high include:

Figuring out these “legal” ways to get their fix appeals to kids because there is a much lower risk of getting in trouble with the same end result. Without more obstacles in the way, it’s much easier to get high. These options may also appeal to them as less harmful ways to feel a rush high, since they believe prescription drugs and household items are “safer.”

Risks of Getting High Off Everyday Items

As with any other drugs used by teens, there are many risks involved. These include:

Today’s teenagers are more tech-savvy than ever. They can figure out how to find just about anything online.

Some “drugs” online that may catch their eye include:

Spice is merely shredded or ground-up material from plants sprayed with synthetic chemicals in order to replicate a high similar to cannabis. Because it is commonly packaged as “incense”, the drug can be sold in convenience stores and head shops. Commonly, this spice is referred to as K2. What’s most dangerous with K2 is that it’s impossible to know exactly what your child is getting. What they get in one order could be wildly different than the next, and using too much of it can cause severe health concerns. Dangerous risks include:

Salvia, a plant native to Mexico, can be smoked to experience its hallucinogenic effects. Teens will often smoke these leaves or put them in a vaporizer. Like the two products listed above, it’s easy to purchase either online or in any head shop.

Kratom leaves come from a tropical Southeast Asian tree. Used in small doses, it acts as a stimulant. Used in larger doses, it causes sedation. Due to the easy availability of kratom, it’s easy to become addicted.

Bath salts is the common term for synthetic cathinones. It’s a generic term that describes substances synthetically derived from cathinone chemicals. Most commonly, mephedrone and MDPV can be found online. When taken, users can experience effects similar to strong stimulants such as methamphetamine. Tens of thousands of people have gone to the emergency room due to these drugs, and they can lead to incredibly violent and strange behavior.

Whipahol is alcohol-infused whipped cream that can be purchased rather easily online, though it’s still illegal for teens to buy and possess. Teens will often go through these cans far too fast and get drunk quickly. This can lead to alcohol poisoning.

While many teens can find ways to get high online, it might not even be that difficult to find household items that will do the trick:

6. Getting Creative with Alcohol

Alcohol is the most popular drug for teenagers to use. While they can’t buy it themselves, it’s not usually too hard for them to find some. It’s easy to take bottles and cans from the fridge when home alone or refill liquor bottles with water after use.

Teens have taken this a step further, however, and found ways to get drunk faster. These are often far more dangerous ways to consume, like smoking alcohol by vaporizing it and then inhaling the fumes.

Alcohol isn’t the only thing teens see as an opportunity to experiment with. There are a number of ordinary items that teens may try to abuse. These include:

These aerosol dusting sprays are a basic way for huffers to get their fix. It produces an immediate rush of euphoria to the body and can lead to delusions or hallucinations. When an overdose occurs, it can lead to paralysis, dizziness, loss of inhibitions and decision-making ability, and slurred speech.

Since a red gas can or a can of paint thinner are so easy to find in just about any garage, this is a low-brow but easily accessible way for teenagers to get high at home. Inhaling the fumes from either can is a way to get incredibly intoxicated. It’s important that parents understand this and keep these items out of reach.

Ingesting large amounts of nutmeg is known to create an experience of sedation and hallucinations. Teens have to consume nearly an entire jar of the spice in order to get these effects, but it is possible. When taken, they can experience:

It can also cause the user to be incredibly sleepy for several days.

While not all garden seeds have this kind of power, Morning Glory seeds do. If teenagers mix a few bags of Morning Glory seeds (about 400 seeds) with water to soak for a few hours, they’ll be rewarded with a psychoactive beverage. This is because there’s a chemical called D-lysergic acid amide, also known as LSA, in these seeds. This chemical is a precursor to LSD and can produce a similar psychedelic effect.

Kissing frogs won’t lead to a prince, but it could lead to a seriously psychoactive experience. If you live in an area where the Bugo Alvarius toad naturally exists, you should proceed with caution in regards to these backyard amphibians. This toad is also known as the “DMT frog,” as it secretes the 5-MeO-DMT molecule from its skin glands.

When the chemical is used in southwestern “toad ceremonies,” the molecule is extracted, dried, and inhaled. When teenagers try to replicate this, however, they usually just lick the skin of the toad.

While this can lead to an incredibly powerful feeling of intoxication similar to that of DMT, it can also be extremely dangerous. That’s because other chemicals in the toad’s secretions are dangerous to the proper functioning of human hearts. There have been numerous deaths involved in this activity. If you notice your child collecting frogs, you should think twice.

While typical liquors and alcoholic beverages will get anyone drunk, there are some alternative forms of alcohol that will do the same trick:

Ingesting any of these items can be very dangerous due to the other chemicals involved.

While it’s true that there are psychedelic mushrooms out there, not all of them will merely bring about euphoria. It can be difficult to identify which mushrooms are safe to consume, and teenagers have been known to pick the wrong ones. Some mushrooms are dangerous to the human body and can lead to poisoning and an immediate trip to the emergency room.

Whipped cream canisters contain nitrous oxide within them, which can be used to inhale and get high. Nitrous oxide is the same thing as laughing gas, but consuming too much of it can cause things such as:

Getting High at Home Unconventionally

Teenagers are known to push the envelope. This is no different when it comes to getting high.

Since there are limitations to getting real drugs for teenagers, these unique alternatives allow for the desired effects without much effort. Some common household highs include:

Nitrites, also called poppers, are substances that trigger a feeling of dizziness and euphoria when inhaled. These can be hard to find, so they aren’t frequently used. However, when they are used they can easily lead to a trip to the emergency room.

Teenagers have turned to choking in order to get a high. In this “choking game,” teens will take turns choking one another to the point that they cannot breathe and begin to get high. This is extremely dangerous. It can easily cause someone to lose complete consciousness, which can lead to an ER visit or even death.

While this method hasn’t been actually proven to do anything, it’s something teenagers believe in. This “digital high” comes about by listening to sound files that carry certain beats. Supposedly, listening to these can mimic the effects of getting high.

Using Over the Counter Drugs

There are many over-the-counter drugs that can be misused in order to get a desired effect. Among these are dietary supplements, caffeine pills, cough medicines, and sleep aids. These are easy for teens to get ahold of and experiment with in a way that feels “safer” to them than drugs off the street.

Just because they are available to the public does not make them safe, however. There’s a long list of risks associated with OTC drug abuse, including:

In some states, there are programs set in place in order to limit the purchase of certain OTC items, like cough medicine. Many places require an over-18 ID just to walk out the door with them.

Over the counter diet pills can boost metabolism and decrease appetite. Teens like to use these in order to increase the experience of other drugs. Without a stomach full of good food, the body will more quickly absorb any drugs or alcohol. While this can increase the intensity of their chosen substance, it can also lead to alcohol poisoning or dangerously quick absorption.

Caffeine, when taken in small doses on its own, is not naturally detrimental to health. However, that’s not how teenagers are using it. Pills like NoDoz contain the caffeine equivalent of a few cups of coffee and can be used as a stimulant. Most commonly, teens will use it in conjunction with alcohol or cannabis in order to increase their longevity. Others may crush and snort the pills mixed in with other drugs in order to spice up the experience.

Cough syrup that contains dextromethorphan, or DXM, is another popular OTC for teens to abuse. When teens drink one or two full bottles of something like Robitussin, they can experience a euphoric high. However, it can also lead to side effects like:

If you fear that your teenagers may be getting high “legally” while at home, there are safeguards you can take to protect them. Keep these items somewhere they can’t find them whether you’re home or away. Being aware of these risks before they could happen is the best way of preventing them. If you suspect an on-going abuse problem it’s important to bring your child to their doctor right away and get professional medical advice immediately.

Center for Drug Evaluation and Research. (2016, May 4). Is This Where Your Teen Goes to Get High? https://www.fda.gov/drugs/resources-you/where-your-teen-goes-get-high 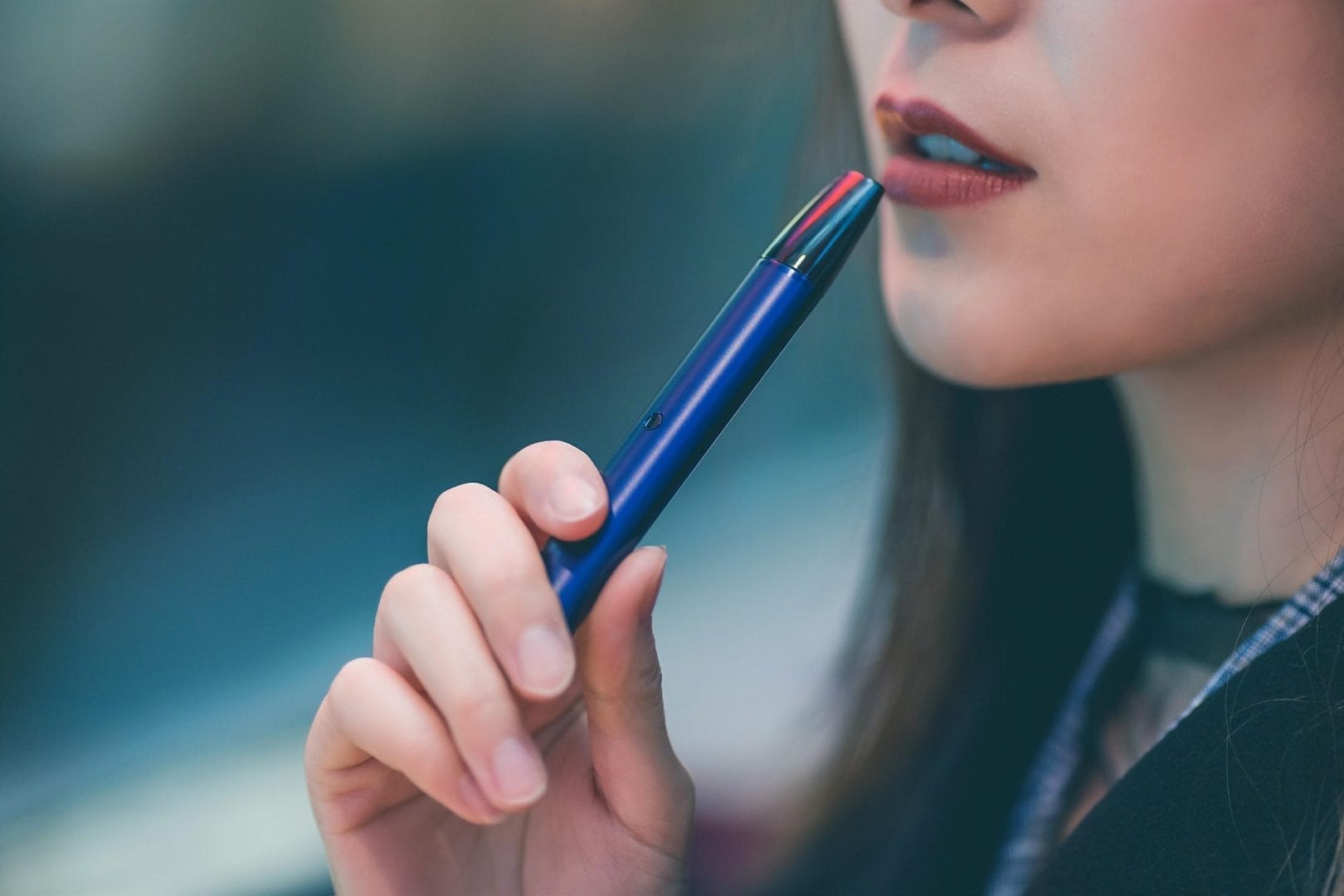